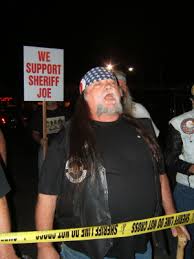 The fact is, what you are really saying is "America: Agree With Me or Leave it" when one of the best parts of living in this country is our right not to agree with whatever asinine position you hold.  And my response to you is "Ryan: Blow Me or Leave Me Alone".
Posted by Ryan W. at 12:59 1 comment: Links to this post


Now quit trying to tell me what to do and how to do it fucktards.
Posted by Ryan W. at 11:25 6 comments: Links to this post My reasons for participating in Draw Muhammad Day rely only partially on poking fun at Muslims though. See, there's a group of people out there who think that I not only have to accept their right to believe what they want (which I do), but to hold their beliefs in reverence and either threaten to kill me or fly a plane up my ass if I don't. That I will not do. This is my way of saying "take your global theocracy, stick it on an iron rod and fornicate with it".
Posted by Ryan W. at 08:42 1 comment: Links to this post

They also point out that people who hold donna's opinion are sometimes in charge of the healthcare treatment of those who are unable to make that choice, such as children or the elderly. Just one more reason why using that ridiculous, "I have no evidence so I'll try to make you look like a jerk" what's the harm "argument" is so galactically stupid.
Posted by Ryan W. at 11:18 2 comments: Links to this post